We didn't have much appetite for the Sunday morning breakfast. Angela, who had attended a boarding school explained, "Its a junior cane, it will be very stingy... It is about avoiding too much bruising, and the more so when whipping your thighs... The marks won't last more than a week..." I wasn't too reassured !
At the appointed time we stood bare from our navel to our knee socks by the gym's exercise bars. Our roommates were told to attend the ceremony...

"Jennifer you're first, grab your ankles..." I heard a swish and a split second later my bottom felt as if it was branded. I could feel individual strokes till the third one, with the last few my whole derriere was on fire. Then the back of my thighs was whipped twice. I was told to stand with my hands on my head, and the front of my thighs was whipped once, although with less severity. "OH ! AH ! OUIIIIIICH !

I stood facing the wall with my hands on my head and my blazing bottom and throbbing thighs on display while the senior was similarly corrected.

Then we were given a miniature pin representing a red cane, "You will always wear it on the lapel of your blazer or cardigan. A few teachers might be inclined to be more severe because of them..." Finally we were told to get dress, "Hurry up we have a service to attend !"
The walk from the castle to the church meant going up the whole of main street with the few shops and the tavern. We overheard two retirees, "Those two were caned..."
"You can see the difference with the wider tawse marks of that one..."
I blushed brightly as I heard that, and felt as a well punished schoolgirl.

The bench of the church was hard, but it was cool for a few seconds. Then it warmed up and felt even harder. I squirmed, and discreetly rubbed my thighs. I also prayed I graduate...
Back at our chateau we had a surprise, "Jennifer and Johanna, fighting means the punishment skirt when on the island..."
We had heard of the punishment skirt for the meanies who cheated, drank, smoked or worse ! We were the first two to be caned this term we would also be the first two to be wearing the p.skirt.

Miss P.E. officiated, she had us taking off our kilts and standing there in our white uniform knickers while she opened an old cupboard and extracted two punishments skirts, a blue tartan one for me as a junior, and a red tartan one for Johanna as a senior. We pulled them up and blushed as spring thistles when we realized that our knickers peaked under the hemline. Although we would be wearing them within the privacy of our chateau and its island, it was still very embarrassing. We nonetheless wore them as brave EB girls !

Sally teased, "There's a flash in the woods behind the beach... It must some of those retirees from the tavern with binoculars... Hahahahaha ! They will see your knickers !"
I thought about denickering her on the causeway, but the thought of visiting the Headmaster while already wearing a punishment skirt helped me keep cool.

./...
A few years later Sally and I opened our law firm in Mayfair. We had a huge poster of  "our castle" in the waiting room. We were to interview a would be junior associate. We found her standing in front of the pic as if hypnotized. We exchanged greetings, and she suddenly quipped, "That's the EB castle !"

We were intrigued and asked, "You were an EB girl ?" We didn't spell out the name to remain discreet...

She blushed as she nodded. We gave her high five with huge smiles, "We are sisters !"
"Sisters ? You attended the Eilean Beithe Academy ?"

"Yes, and welcome aboard partner !"

"But I don't have the capital to be an associate. I wanted to ask if I could..."

You are invited to play with us !
We have a new website !
https://oaks-and-pines.com/

You will find an Application Form in the pages of this blog
Complete that form and send it to oaksandpines@hotmail.com
Posted by Brigitte at 7:40 AM 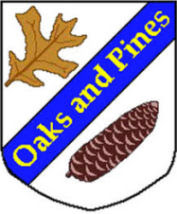